The Ghost of Baldoon Castle - The Bride of Lammermoor

Baldoon Castle 16thC is a ruin just outside Wigtown, it's on private land behind Baldoon Mains farm, but this little known, little piece of the Machars is infamous as the inspration of Sir Walter Scott's 1819 historical novel, 'The Bride of Lammermoor' which tells of the tragic love affair of young Lucy Ashton and her fathers enemy Edgar Ravenswoodand, also inspiring the opera by Donizetti, 'Lucia di Lammermoor' see above. And a pre-Raphaelite artist (John Everett Millais, click here). Yes this is a very Scottish society scandal - 'Bloody Wedding Night Shock Horror', seems like an appropriate leader screamer headline for the red tops, had they had them, of the day.
The ghost of Janet Dalrymple is supposed to roam the ruins dressed in a blood stained wedding gown screaming outloud on the anniversary of her passing, that's every 12th of September, date for the diary, though some say the spectre hangs her head as if in deep remorse.. Spooky and much more interesting than any opera. So what happened I hear you say, no doubt enthralled. Well proper skulduggery, read on. On the 24th August 1669 the teenage Janet Dalrymple, daughter of a Viscount, (a lawyer and someone with political ambitions, he became Secretary of State for Scotland, later the first Lord Stair and was responsible for the Massacre of Glencoe) was forced to marry David Dunbar heir to Sir David Dunbar of Baldoon. As an arranged marriage Janet didn't want to marry David but her love, Archibold the third Lord Rutherford, who was a Jacobite, of opposite view to the Viscount, and worse still almost penniless.
Janet and Archibold had sworn to marry and on hearing this the Lord Stair and his wife made it clear to Archibold that it wasn't on, he petitioned them and was met with biblical quotations and the argument that  a betrothal vow made whilst she was still under the care of the parents was null and void. A rather 'puce' faced replacement, one David Dunbar, a landed farmer was found. It looks like the Viscount wanted Janet out of the way, Archibold is said to have left the country never to return.

They married on a hot summers day yet Janet's hands were said to be as cold as ice and it was reported that she showed no emotion through the ceremony. It's possible as some reports state that she had stopped eating and may have been anorexic. 'I don't want to be with him', she said to her brothers prior to the wedding.
No one knows what went on behind the marital bedroom door that night... But tradition at the time had it that the bride and groom were locked in the bedroom, and a key guarded by a groomsman. Screaming ensued, and yet David and Janet wouldn't open the door so eventually, as Scott writes...
“The door of the bridal chamber was broken down after hideous shrieks were heard from within and the bridegroom was found lying across the threshold, dreadfully wounded and streaming with blood. The bride crouched in a chimney corner, her white nightgown splashed with blood, grinning and muttering and quite insane.” Sir Walter Scott
So who did it? Was it the devil, did he nearly kill Dunbar and torment Janet to death? Locals said so. Did the insanely jealous Archibold break in and stab David and then flee. Had Janet gone insane and stabbed David to keep him off her? Either way she never recovered her sanity, all she shouted that night was, 'Tek up your Bonny Bride', dying just a few weeks later.. David survived despite being stabbed in the groin and remarried, though never spoke of the event - taking the secret to his grave.
epilogue
David married the daughter of the 7th Earl of Eglington, he pioneered enclosed farming, would you believe. But fell off his horse and died in 1682. Heartbroken Archibold never married and died in 1685.
So if you really want to know what happened, then lurk in the ruins of Baldoon Castle on the 12th of Sept and ask the ghost..
Labels: ghost 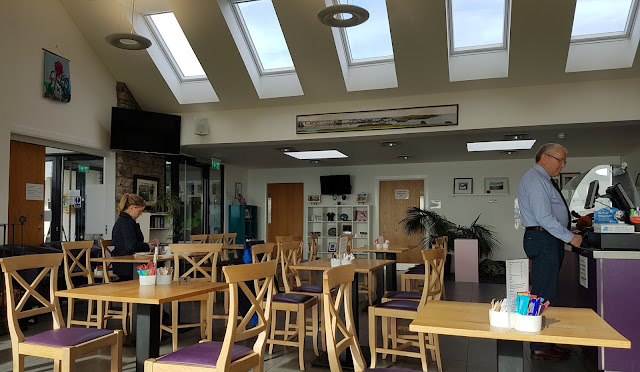 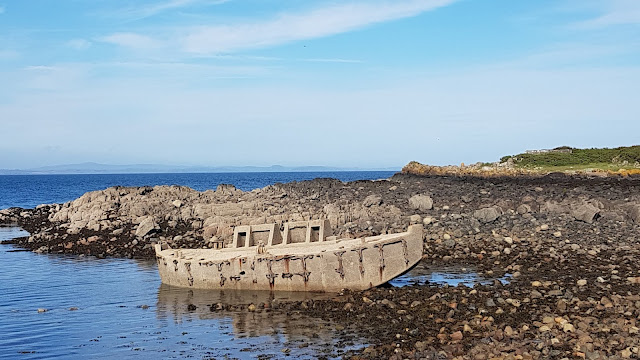